I AM AVAILABLE FOR HIRE ANYWHERE IN THE WORLD

I AM AVAILABLE FOR HIRE ANYWHERE IN THE WORLD 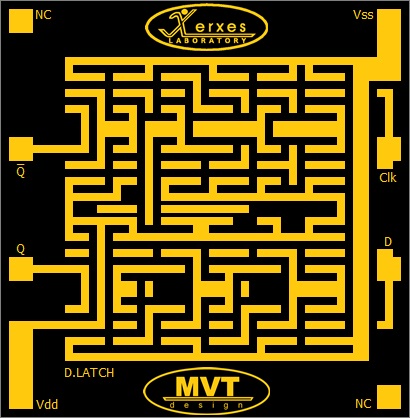 I am available for hire anywhere in the world. To contact me, please use my E-Mail address: mvtdesign@gmail.com

My name is M. Mahdi K. Kanan and I was born in 8/6/1993, I am the designer and creator of WiCard Programmable WiFi Module.

I am a full-stack engineer and designed all aspects of the WiCard module, including: Hardware Design,  Circuit Fabrication, PCB Assembly, Firmware Programming, Website design and programming, User Interface Development, etc I am willing to work for any company anywhere in the world.

With this post, I’m sharing my knowledge, experiences and abilities in electronics and programming. Here are what I’ve learnt, how I’ve learnt and what I’ve done so for:

2007- I started to learn computer programming when I was 14 years old. In that time I went to a class for learning programming in C/C++ language and how to work with linux command lines, “make files” and etc. I successfully completed a 2d soccer simulation.

2008– In the summertime, I began to independently study  electronics from textbooks. I started studying the mathematics behind resistor/capacitor calculations, as well as diode, transistor and linear IC design (including the 741 Operational Amplifier and the 555 Oscillator/Timer IC. In addition to electronics, I was also interested in programming. So I studied tutorials about HTML/Web design and Web programming in PHP language.  I created my first database-driven webpage.

2009– In the summertime, I went to a class which was about “Artificial Intelligence”. My progress in programming was rapid and I picked up the concepts faster than my classmates, to the surprise of my teachers.

2010– I wanted to learn electronics academically but I was still a teenager and couldn’t yet go to university, so I decided to learn independently  at home.

Then I studied some English books about digital and semiconductor electronics. The books were well written academically and leant themselves to self-tutoring.

I studied and learned about logic gates, ADC converters, latches and how to design digital processors with logic gates.

The skills I developed in  computer programming helped me to understand logic gate  quickly, and be creative in digital circuit design.

2011– I started to learn about microcontrollers. My knowledge about programming helped me here as well. The first microcontroller that I worked with was a PIC16F84A. I made an assembly compiler for that instead of using compiler software.

I  used an older revision of Altium Designer which was called protel to learn how to  design PCBs.

After a few weeks I was able to make a simple oscilloscope with a graphic LCD and a touchscreen. Then I started to work with 32bit microcontrollers.

2012– I started a real project, the project was designing a mobile phone/GPS tracker circuit with SIM908, LPC1768, MicroSD card reader, 240*320LCD and touchscreen. Also an operating system for that home-made phone which I called it TXOS.

2013– My interest in semiconductors expanded.  , I always wanted to design and fabricate my own processor, and I thought the university can help me to reach my dream. So I went to a university.  I thought I can learn more there, but that particular university lacked the academic rigor and resources I expected. Most of the instructors were too inexperienced in their fields of study. The laboratories had old and wrecked tools. So I decided to work on the design side of the processor. After reading a lot of articles about it, I learned how to design layers of an IC.

2015– I decided to make something for making money at this point. I made an infrared remote-controlled light switch.

2016– The WiCard project started in January 2016. First I wanted to make a WiFi controllable colored light. I built a prototype on a breadboard and I was able to control it with a Mobile Phone.

Then I thought about making a portable module that connects to a 30pin slot of a light driver (or even other things), So I designed the first WiCard.

Finding a 30-pin 1mm card edge slot was too hard (which was the best fit), also in the experimental projects it was impossible to connect a WiCard to a breadboard (unless using an adapter). So I decided to rebuild the PCB design with a 30-pin DIP edition of wicard.

2017– After making the new WiCard, I started the software part of the project. WiCard works like a processor, so it needed its own instruction set and compiler. Then as one of the main applications of WiCard (and making money too), I worked on “IoT” and “Smart House” devices.

2018– I tried to find out some customers for my WiCard module, and IoT devices. I designed a smart house hub and called it “SAHA”.

2019– I’m designing a processor chip based on my instruction set.

I have done more projects and these projects were examples about how I am independently motivated to investigate problems and work on projects.